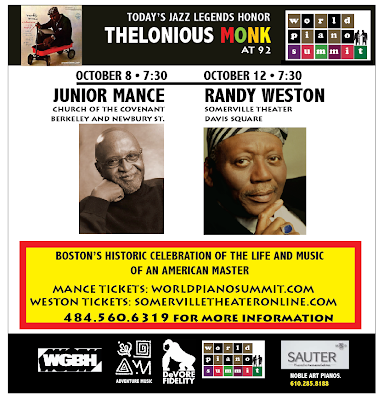 For a full list of jazz in Massachusetts, visit massjazz.com
at September 29, 2009 No comments: Italian pianist, vocalist, composer and arranger Daniela Schachter is performing from her new CD, Purple Butterfly, in , when she plays a concert with her quartet at the on Wednesday, September 28, at 8:15 p.m.

Winner of the Mary Lou Williams Jazz Piano Competition in 2005 and many other awards, Schachter first came to the United States on a full scholarship to the Berklee College of Music. She has performed around the world with some of jazz’s leading artists, and has appeared on Marion McPartland’s NPR program. McPartland described her as “a beautiful Italian import, a brilliant young pianist and singer is taking by storm.” 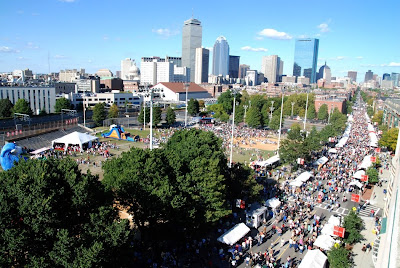 The week-long Berklee BeanTown Jazz Festival culminates this Saturday, September 26, with a free, outdoor festival in Boston's historic South End neighborhood
The festival runs from noon to 6:00 p.m., featuring three music stages spread over six blocks on Columbus Avenue, at the corner of Massachusetts Avenue.
In addition to a stellar line-up of music, the festival offers fun activities for the whole family as well as an opportunity to learn more about jazz, musical instruments, and some of the city's jazz clubs, educational courses and vibrant scene.
More than 80 vendor booths will offer arts, crafts, accessories, and great food representing a variety of countries.

"This festival is a testament to Boston's reputation as a music hub and its dedication to jazz and producing and nurturing great artists," says Terri Lyne Carrington, BeanTown Jazz Festival artistic director. "As a native and recent returnee to the area, I'm thrilled for this chance to give back to the community by throwing a big party for Boston. I hope people come out to fraternize with their neighbors, enjoy the delicious food, and hear some incredible music."
See festival map at beantownjazz.org/
For more information about jazz throughout Massachusetts, visit http://www.massjazz.com/. 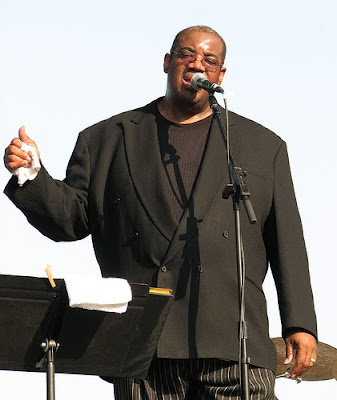 On Friday, September 25, the 9th annual Berklee BeanTown Jazz Festival presents an all star line-up of jazz greats in a concert entitled Kickin' the Blues.
The line-up includes six-time Grammy winner David Sanborn, considered one of the greatest saxophone players; Amina Claudine Myers, keyboard player, composer, actress and educator; and Kevin Mahogany, one of the great jazz vocalists of our time (see photo).
The concert starts at 7:30 p.m. at the Berklee Performance Center, 136 Massachusetts Avenue, in Boston's Back Bay. [Map]
Tickets: $45, $35, $25, reserved seating. Purchase tickets through Ticketmaster.
For more information about jazz throughout Massachusetts, visit http://www.massjazz.com/.
at September 24, 2009 No comments: 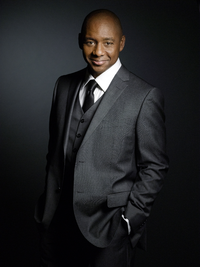 The 9th annual Berklee BeanTown Jazz Festival continues all week, with saxophonist Branford Marsalis and his Quartet playing at the Berklee Performance Center on Wednesday, September 23, at 8:00 p.m.

World-renowned saxophonist Branford Marsalis, born in 1960, has always been a man of numerous musical interests, from jazz, blues and funk to such classical music projects as his Fall 2008 tour with Marsalis Brasilianos. The three-time Grammy winner has continued to exercise and expand his skills as an instrumentalist, a composer, and the head of Marsalis Music, the label he founded in 2002 that has allowed him to produce both his own projects and those of the jazz world’s most promising new and established artists. For the full schedule of the Berklee BeanTown Jazz Festival, click here. 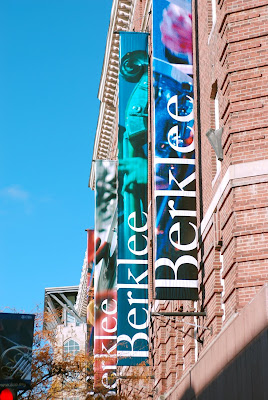 The 9th annual Berklee BeanTown Jazz Festival is underway this week, with dozens of great jazz performances on tap throughout Boston and Cambridge from September 18-26, 2009.

This year’s artistic director is Terri Lyne Carrington, a world-renowned jazz drummer, Berklee faculty member and past performer at the Festival. She has toured extensively with Herbie Hancock, Wayne Shorter, and Al Jarreau, and was nominated for a Grammy for her album, Real Life Story, and as producer for the Dianne Reeves album, That Day.

The BeanTown Festival culminates on Saturday, September 26 with a free, outdoor festival from noon to 6:00 p.m., on three stages, in Boston’s South End neighborhood, at the corner of Mass Ave and Columbus Ave. In addition to continuous live performances, the six-block festival features more than 80 vendor booths with arts, crafts, accessories and food, as well as family events, including inflatable attractions, photos, face painting, temporary tattoos, coloring and crafts, free food and beverage snacks and a musical instrument petting zoo.

Nine years ago, Darryl Settles (partner of the Beehive Jazz Club in Boston's South End and several other venues) produced the South End's first jazz festival and had a surprise turnout of nearly 10,000 people. From this beginning, The BeanTown Jazz Festival has grown to become Boston's most popular outdoor festival, attracting large crowds to the festival grounds on Columbus Avenue each year.
at September 21, 2009 No comments:

Join guitarist Massimo Sammi as he celebrates the release of his debut CD First Day in concert at the Regattabar, Charles Hotel, One Bennett Street, Cambridge.
First Day is a musically and conceptually daring recording debut of immense depth and beauty inspired by the film A Beautiful Mind. Sammi combines both a musical storyboarding of the film with a musical application of mathematician John Nash's theories to free jazz improvisations.
Sammi, a native of Genoa, Italy, came to the U.S. in 2006 to study Jazz Composition with Ken Schaphorst and Michael Gandolfi at New England Conservatory. 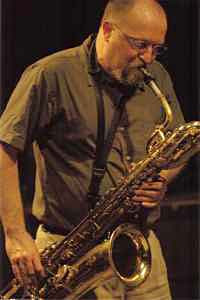