The Grammy-nominated singer is headining "Caliente, a celebration of Latin Music and Culture," featuring percussionist Eguie Castrillo and a hot horn section from Berklee College of Music.

The concert is sponsored by the City of Boston and is free and open to the public.

For year round jazz in Massachusetts visit MassJazz.com. 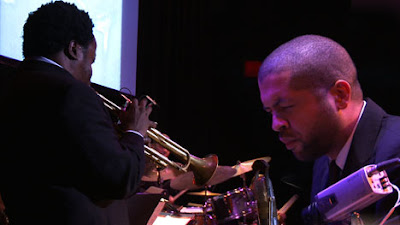 In My Mind
The 12th annual Roxbury International Film Festival gets underway in Boston this week, featuring a full slate of films, documentaries and workshops celebrating people of color in cinema.

One of the films featured this year is In My Mind, a documentary by jazz pianist Jason Moran that pays tribute to legendary jazz artist Theolonius Monk and his historic concert at New York's town hall in 1959. Combining rare audio and photos of Monk with Moran's own live performace in the same venue 50 years later, In My Mind has been described by Slant Magazine as "a vital document of jazz as a combined cultural heritage...(that) sets a new standard for jazz on film."

Presented by the Color of Film Collaborative and ACT Roxbury, the four-day festival embraces "a global community of filmmakers celebrating people of color," says Lisa Simmons, co-producer of the festival.

Screenings take place in venues throughout Boston, including the Roxbury Center for Arts at Hibernian Hall, Museum of Fine Arts, Mass College of Art, Wentworth College and the Haley House Bakery Cafe. 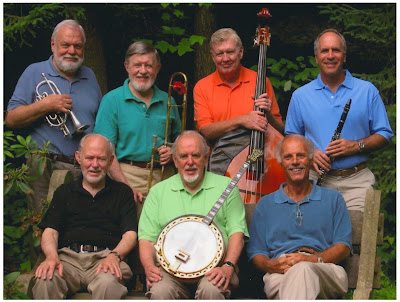 New Orleans-style jazz is on the menu tonight at the popular band, the New Black Eagle Jazz Band takes to the stage at the Jane Carr Amphitheatre in Hingham, Massachusetts on Saturday, July 17, at 7:00 p.m.
The show is part of the Evenings under the Stars series sponsored by the South Shore Conservatory.
The band has been together for nearly 40 years and has a vast repertoire of over 600 songs, ranging from Scott Joplin tunes and gospel music to Dixieland and blues.
Tickets are $15 and $25 and can be ordered online.
For year round jazz in Massachusetts, visit MassJazz.com.
For details on visiting Massachusetts, go to MassVacation.com.
at July 17, 2010 No comments: 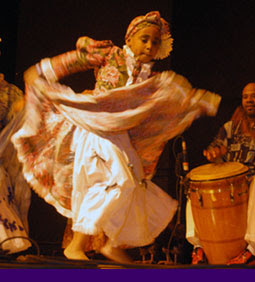 The sounds and tastes of New Orleans and Louisiana are coming to Worcester, Massachusetts this weekend at the third annual Paulie's Jazz & Blues Festival on Friday, July 16 and Saturday, July 17 at the Chandler Street Fairgrounds.

Featured musicians this year include Charles Neville of The Neville Brothers, Henri Smith and his New Orleans Friends and Flavours, the Hurricane Horns and Anders Osborne among others.

The festival is dedicated this year to the people of Louisana who are fighting the oil spill in the Gulf, and to the great musicians of New Orleans. The festival includes Cajun inspired cuisine and other southern foods.

For year round jazz and blues activities in Massachusetts, visit MassJazz.com

For information on visiting Massachusetts from out of state, go to MassVacation.com
at July 15, 2010 No comments: 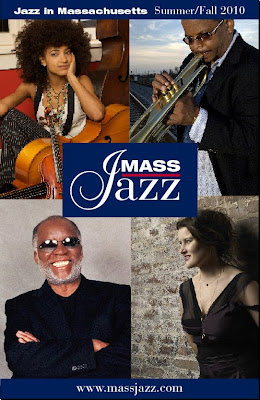 (Boston) - Massachusetts has released its second annual MassJazz Travel Guide, a round-up of jazz festivals, concerts and musical events taking place across the Bay State from July through October 2010. The 32-page magazine is available free to visitors and residents at tourism kiosks, in hotels and nightclubs, and on college campuses.

“Jazz is part of our state’s cultural richness and vitality,” says Betsy Wall, executive director of the Massachusetts Office of Travel & Tourism, a partner in the MassJazz initiative. “We invite visitors from near and far to experience Massachusetts Jazz in one of America’s cultural capitals.”

This summer, several local festivals are celebrating New Orleans – the birthplace of jazz – to commemorate the fifth anniversary of Hurricane Katrina this August, says Michael P. Quinlin, founder of MassJazz.

In addition to festivals and concerts, MassJazz Travel Guide lists dozens of nightclubs, hotel lounges, restaurants and coffee-houses where jazz is played nightly, two dozen colleges where jazz is taught, and dozens of radio programs, including local and syndicated shows. The Guide lists the best places to have a weekend jazz brunch, hotels with live jazz, and various jazz organizations, promoters and bloggers throughout Massachusetts.

About MOTT:
Massachusetts Office of Travel & Tourism (MOTT) is the state agency dedicated to promoting Massachusetts as a leisure-travel destination. MOTT serves as a leader in the tourism industry, helping to generate state and local tax revenues, create jobs and support the growth of travel-related businesses. Tourism is an integral part of the state’s economy, generating over $887.2 million in state and local taxes and $14.2 billion in travel related expenditures. The industry supports 125,800 in-state jobs. For more information visit www.massvacation.com.

About MassJazz:
MassJazz is a concerted, statewide effort initiated in 2009 to promote a full range of live jazz performances, community events, educational courses and related cultural activities to the convention and visitors industry. Working with MOTT and other state convention and visitor agencies, MassJazz is branding Massachusetts as a jazz destination for domestic and international visitors. For more information visit www.massjazz.com.
at July 09, 2010 No comments: 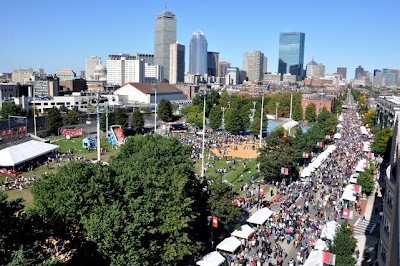 New Orleans, the birthplace of jazz, is the theme of this year's Berklee BeanTown Jazz Fest, taking place in Boston from September 15-25, 2010.
Jazz greats such as Terence Blanchard, Jonathan Batiste, and the Wild Magnolias, will bring the Big Easy to Boston, in part to commemorate the five year anniversary of Hurricane Katrina that devastated New Orleans.
They'll play alongside jazz musicians from around the world, including Paula Cole, Kurt Rosenwinkel, the Bad Plus, Nona Hendryx, Danilo Perez, Mendoza Vibe and others.
Participating jazz venues include Scullers Jazz Club, the Regattabar and Wally's, as well as the Berklee Performance Center, 939 Cafe, and David Friend Recital Hall at Berklee.
On Saturday, September 25, the festivities culminate in an all-day, open air, free festival in Boston's historic South End.
For a full schedule of concerts at this year's Berklee Beantown Jazz Fest, click here.
For year round jazz in Massachusetts, visit MassJazz.com
at July 01, 2010 No comments: