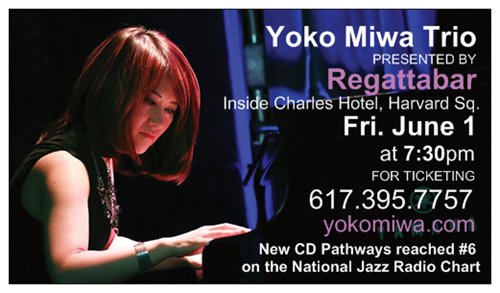 The Yoko Miwa Trio is performing at the Regattabar jazz club inside the Charles Hotel in Harvard Square, Cambridge at 7:30 p.m. on Friday, June 1, 2018.

Show tickets are available online or by calling 617 395-7757.  Yoko is joined by Brad Barrett on acoustic bass and Scout Goulding on drums.

A native of Kobe, Japan, Yoko first came to Boston in 1997 on a full scholarship.  Today she is a full time teacher there, teaching about 30 students a semester.  She performs regularly with her trio in Boston and New York City.

For information about visiting Massachusetts go to MassVacation.com. 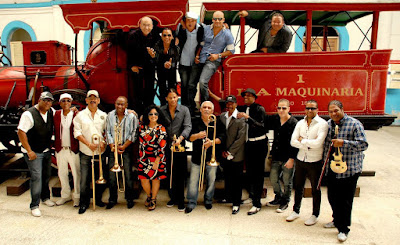 For visitor information, go to MassVacation.com.
at May 18, 2018 No comments:

Pink Martini Performs at Berklee on May 17-18 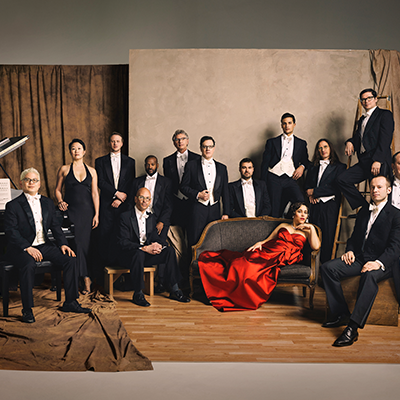 Pink Martini comes to the Berklee Performance Center in Boston's Back Bay at 8 p.m. on May 17-18, 2018. Purchase tickets online or at the venue.

With a repertoire that crosses genres of classical, jazz, and golden-era pop music, Pink Martini draws inspiration from music from all over the world and performs in 22 languages.
The self-proclaimed “little orchestra” is celebrating the 20th anniversary of Sympathique, its first and most popular album.

Here is a schedule of upcoming concerts at Berklee Performance Center.
Find year round details on live jazz & blues in Massachusetts at massjazz.com.
For visitor information, go to MassVacation.com.

The Ron Carter Trio, led by one of jazz's most influential bass players, is performing four concerts at the Regattabar in the Charles Hotel, Harvard Square, on May 11-12, 2018.

Considered among the most original, prolific, and influential bassists in jazz history, Carter has more than 2,200 albums to his credit, according to his biography. He has recorded with greats including: Tommy Flanagan, Gil Evans, Lena Horne, Bill Evans, B.B. King, the Kronos Quartet, Dexter Gordon, Wes Montgomery, and Bobby Timmons, Jaki Byard, Eric Dolphy and Cannonball Adderley.

From 1963 to 1968, Ron was a member of the classic and acclaimed Miles Davis Quintet. He was named Outstanding Bassist of the Decade by the Detroit News, Jazz Bassist of the Year by Downbeat magazine, and MVP by the National Academy of Recording Arts and Sciences. He earned two Grammy awards, one in 1993 for Best Jazz Instrumental Group, and another in 1998 for “Call Sheet Blues” from the film “Round Midnight.”

Find year round jazz at MassJazz.com.