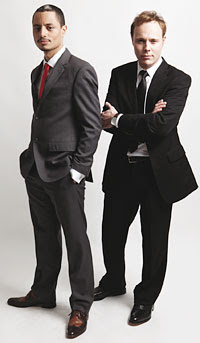 The show celebrates the release of their new CD, For All We Know, issued by Impulse! Records.

James, born and raised in Minneapolis, is the son of a jazz saxophonist from Panama. James studied at the New School in New York City before moving to London, where he is based.

Neve is one of Europe's rising jazz stars. He debuted his first piano concerto with the Brussels Philharmonic Orchestra in 2009, and has released five best-selling albums.

For year round jazz in Massachusetts, visit MassJazz.com.
at June 14, 2010 No comments:

Swing Dancing at the Armenian Church in Watertown, June 12 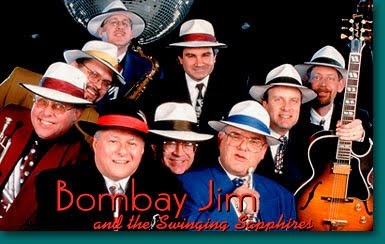 Bombay Jim and the Swinging Sapphires - one of America's hottest swing bands - perform from 9:00 p.m. to midnight on Saturday, June 12 at the St. James Armenian Church in Watertown.
Admission is $15, which includes a free one-hour dance lesson that includes beginning swing dance, two-step and ends with one intermediate swing dance move.
The event is organized by the Boston Swing Dance Network.
St. James Armenian Church
465 Mt. Auburn Street
Watertown MA
For year round jazz in Massachusetts, visit MassJazz.com.
at June 12, 2010 No comments: 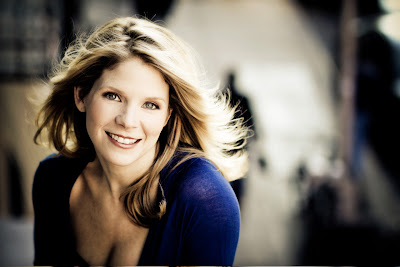 Broadway star Kelli O'Hara is appearing with the Boston Pops at Boston Symphony Hall for a three-night engagement to perform some of the greatest hits of Broadway from the music of Cole Porter, on June 9, 10, 11, 2010.

Considered one of Broadway's leading ladies, O'Hara will perform classics such as "Night and Day," "Love for Sale," and selections from the Tony Award-winning musical, Kiss Me Kate.

The Boston Pops is celebrating its 125 season as one of the world's leading musical organization, and has a full schedule of performances leading up to the Fourth of July.

For year round jazz and blues events in Massachusetts, visit MassJazz.com. 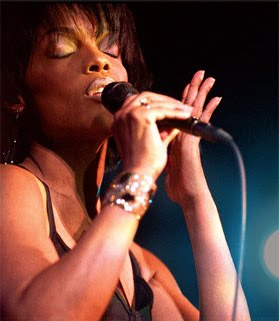 Six-time Grammy award-nominee Nnenna Freelon performs at the famous Sculler's Jazz Club in Boston on Friday, June 4, for two shows starting at 8:00 p.m. and 10:00 p.m.
Tickets for the show are $25; dinner and show $63, and can be ordered online or by calling 617 562-4111.
Hailed as the "international voice of jazz," Freelon has performed at the Grammy Awards, the White House, and concert venues around the world.
Sculler's Jazz Club
Doubletree Hotel
400 Soldiers Field Road
Boston, MA 02134

For details on jazz year round in Massachusetts, visit MassJazz.com.
at June 04, 2010 No comments: 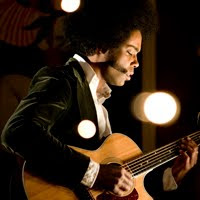 Alex Cuba, eclectic and inventive guitarist, is playing at the Regattabar in Cambridge on Thursday, June 3, at 7:30 p.m. Tickets are $18 and can be purchased online.

Born outside of Havanna, and having lived near Vancouver for the past decade, Cuba has melded a variety of Spanish influences with pop-soul and funk-rock chords to create a unique sound all his own.

He's been compared to Marvin Gaye and Jimi Hendrix, a testiment to his range and vision.

For year round jazz in Massachusetts, visit MassJazz.com
at June 03, 2010 No comments:

Melody Gardot Performing at Wilbur Theatre in Boston on June 2 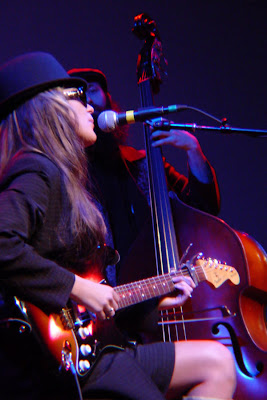 Jazz and blues singer Melody Gardot is performing at the Wilbur Theatre on Wednesday, June 2, at 8:00 p.m.
The Philadelphia native has melded the traditions of jazz with a personal and intimate sound that resonates with listeners around the world.
Tickets are available through Ticketmaster or by calling 1 800 745-3000.
Wilbur Theatre
246 Tremont Street
Boston
For year round jazz in Massachusetts, visit MassJazz.com.
at June 02, 2010 No comments: