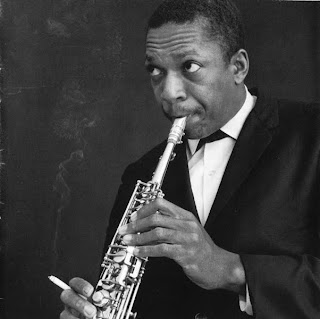 The music and life of legendary jazz saxophonist John Coltrane is being celebrated in Boston next month at the 32nd annual John Coltrane Memorial Concert. This annual gathering of Boston’s jazz musicians, artists, African-American leaders and music lovers showcases Coltrane’s musical genius as well as his spiritual wisdom and optimism about transforming society through music and culture.

This year's John Coltrane Memorial Concert includes two concerts taking place on September 26 and 27 (see details below), featuring a host of world-class musicians who will reflect upon the rich musical and spiritual legacy of 'Trane through contemporary interpretations of his works.

The inspiration for this year’s weekend of events is drawn from John Coltrane’s early solo album entitled “The Believer” which was recorded in the late 1950’s while he was still a member of the Miles Davis sextet.

The John Coltrane Memorial Concert was started in 1977 in Boston and since 1986 has been run by the Department of African American Studies at Northeastern University, thanks to the efforts of saxophonist Leonard Brown, co-founder of the JCMC and a faculty member in the department.

The master of ceremonies at both concerts is Eric Jackson, host of one of the nation's premier jazz radio programs, "Eric in the Evening" on WGBH-FM radio in Boston.

At the opening concert on Saturday at Blackman Theater, organizers are using the occasion to honor Edmund Barry Gaiter, Executive Director of the National Center of Afro-American Artists and Museum for his 40 years of leadership, advocacy and vision.

Also affiliated with this year’s activities is the Ascension art installation created by artists of the African American Master Artists in Residence Program (AAMARP) at Northeastern’s Ryder Hall at 11 Leon Street. The exhibit runs from September 1-28 and is open from 6:00 a.m. to 11:00 p.m.


The sponsors of this year’s John Coltrane Memorial Concert include Northeastern University WGBH, ACT Roxbury and the National Center of Afro-American Artists.


For updates on sponsors and other pertinent information, log onto www.jcmc.neu.edu or call 617-373-8700.